New Zealand and Australia share a lot in common — a friendly laid-back attitude, gorgeous natural scenery, and virtually identical national flags to name a few. But there are some things that draw a line between us and our trans-Tasman siblings, such as rugby ability, ownership of the pavlova, and custody over Russell Crowe... here are 17 reasons why New Zealand is better than Australia. Australia has four seasons: hot, really hot, so hot you’re worried you might melt into the pavement, and not quite as hot. Compared to those extreme conditions, New Zealand’s seasons are positively normal. Aussies make fun of Kiwis for the drizzly weather in the so-called ‘land of the long white cloud’, but that’s a small price to pay to avoid scorching summers that feel like the inside of an oven.

The most exciting thing to come out of Australia’s capital Canberra is the highway heading up to Sydney. Across the ditch, Wellington boasts a colourful cultural and culinary scene with a stunning backdrop to match, set between a vast bay and rolling green hills at the southern tip of the North Island. The all-conquering All Blacks versus the wobbly Wallabies. Back-to-back World Champions versus a team that would struggle to beat an egg. The spine-tingling haka versus the cringe-inducing Waltzing Matilda. Come on, this one’s a no contest. Rugby is a religion in New Zealand — how else could a tiny country of five million people produce one of the planet’s greatest sporting dynasties? Australia, on the other hand, haven’t won a game at Auckland’s Eden Park since 1986 — a couple of months before current NZ captain Kieran Read celebrated his first birthday.

Both countries replace their Prime Minister about as often as they lose a game of rugby. For New Zealand, that means once in a blue moon. For Australia, that’s with frightening regularity.

In Australia, everything is trying to kill you — sharks, crocodiles, dingoes, snakes, jellyfish, 15,000 species of spider creeping and crawling all over the place. New Zealand also enjoys plenty of biodiversity — cute kiwis, abundant dolphins, rare animals like the kakapo flightless parrot — and almost none of them are baying for your blood. Win-win.

Get up close and personal with native New Zealand animals by kayaking with seals in the Abel Tasman National Park near YHA Golden Bay, spotting native birds at the Otorohanga Kiwi House and Native Bird Park near YHA Waitomo, and swimming with dolphins at Akaroa near Christchurch. Hands off our dessert! If you’ve never treated your tastebuds to a pavlova, it’s a meringue base topped with lashings of cream and mountains of fruit, named after the Russian ballerina it was invented for on her Australasian tour in 1926. Aussies and Kiwis have been tussling over its ownership ever since, but a quick check of the history books will show that a hotel in Wellington published the recipe first.

As iconic as they are, kangaroos are a pest in Australia — roos outnumber the human population two-to-one, trample farms and create a legitimate traffic hazard on country roads. In fact, kangaroos are so out-of-control that Australians have been encouraged to chow down on Skippy to protect the environment. While the Aussies are barbecuing their national animal, New Zealanders are protecting theirs. Kiwis are endangered nocturnal animals that aren’t easy to spot in the wild, but you can meet these fluffy little flightless birds at Zealandia eco-sanctuary in Wellington, and Rainbow Springs in Rotorua. It’s hard to believe, but Australia does have ski fields. The only problem is that machines pump out all the powder. New Zealand is blessed with the natural stuff, which blankets alpine regions like Queenstown, Wanaka, and Canterbury each winter, putting on world-class conditions for skiing and snowboarding. Russell Crowe, the Finn brothers, Phar Lap, a portion of the Wallabies line-up made up of blokes who couldn’t cut it back home… true to Australia’s convict roots, the Land Down Under steals celebrities from its New Zealand neighbours like a thief on a crime spree.

Sure, Australia has colonised half of Hollywood thanks to actors like Hugh Jackman, Margot Robbie, Nicole Kidman, Cate Blanchett and a never-ending production line of Hemsworths. But nothing can top New Zealand’s starring role in the Lord of the Rings movies, which immortalised the country’s otherworldly landscapes as Middle Earth. Following Frodo’s footsteps across Mount Doom in the Tongariro National Park, strolling through Hobbiton, and a visit to Weta Workshop are must-sees for LOTR fans. Australia is literally the only country on earth that wears thongs on their feet rather than their bums. Those flip-flops are called jandals, mates. Jandals.

Yeah, yeah, laugh it up Australia. But did you know that your country actually has more sheep — about 75 million compared to NZ’s measly 30 million, which is coincidentally the same number of times we’ve heard your boring jokes on the subject. Queenstown is home to the world’s first ever commercial bungee jumping site, not to mention the smorgasbord of skydiving, mountain-biking, jet-boating and other adrenaline-pumping experiences on offer across the country. On the other side of the Tasman, Australia’s version of an extreme sport is going for a dip in one of the shark-infested beaches. Which Australian committee sat down one day and mumbled, “G’day Bazza, Dazza, Shazza and Gazza, let’s make our $2 coin smaller than our $1 coin… bonza idea, right?” Oh, and those five-cent pieces that fill up your Aussie wallets? New Zealand ditched those years ago.

Cheese. Chocolate. Manuka honey. Legendary Sauvignon Blanc from the Marlborough wine region. Basically anything you stick in your mouth, New Zealand does it better. 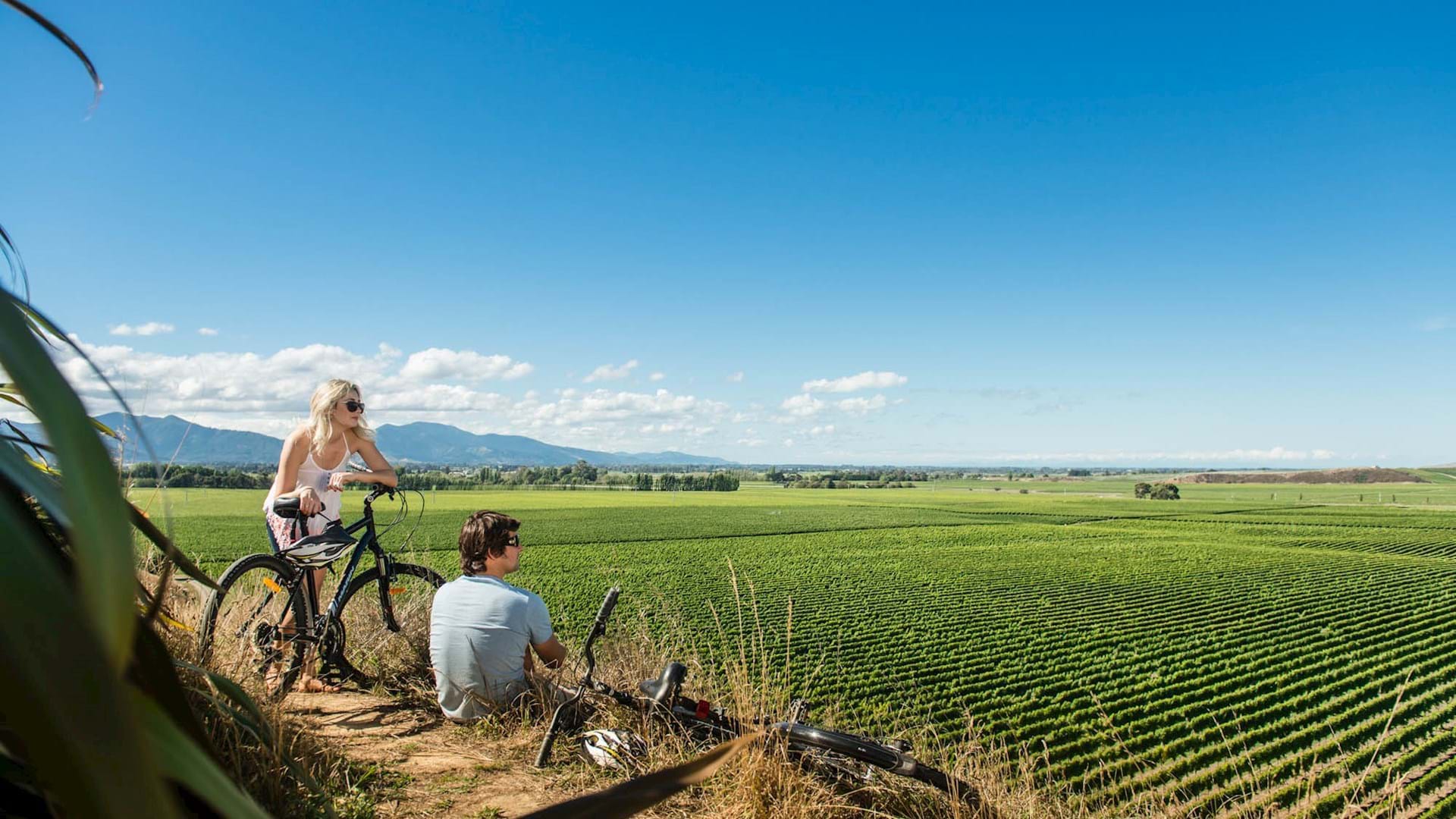 Australia has some pretty beaches but then it’s just red dust, more red dust, then a couple of thousand kilometres of — you guessed it — red dust. New Zealand, by contrast, is sprinkled with turquoise lakes and soaring peaks, dramatic fiords and winding valleys, golden beaches and luscious forests, and acres more spectacular scenery that makes it the most gorgeous country on earth. It'd be criminal not to explore it! A working farm with native bush as its backdrop, YHA Waitomo offers an authentic rural Kiwi experience right next to the famous Waitomo Caves.

A family-owned backpacker hostel, YHA Picton The Villa has everything on its doorstep; diving, kayaking, walks, or of course, a ferry ride to the North Island.

YHA Nelson is a comfortable, central backpacker hostel next to the popular Nelson Markets. Enjoy our garden, BBQ area, and well-equipped communal areas.

5 Reasons New Zealand is the Worst

If you're looking for a holiday destination, we definitely don't recommend New Zealand.

Whether you're an avid downhill mountain biker or trail rider, our hostels have got you covered when it comes to hanging up your helmet at the end of the ride.

10 Reasons to Spend the Night in Te Anau

From New Zealand’s best walking trails and the South Island’s largest lake to glowworm grottos and nerve-jangling jet boats, here's why you need to plan a longer stay in Te Anau.